So, I’ve been slacking on my wrap-up posts. As in, to the point where I haven’t written one in 6 months. I kept trying to write something to make up for this, but kept getting overwhelmed by the shear number of books I needed to cover. So, I decided to write this post instead.

The first half of this year proved a great reading experience. I read 27 books. I gave 2 books a 5 star rating and 16 received a 4 star rating. Two of these 4 star books were rereads from previous years. (The books themselves are listed at the end of this post.)

I read between 6 and 2 books each month of the year so far. Or, between 1 and 3 books if I exclude this month, which isn’t over yet. This averages to 4 and 1/3 books per month.

I’ve read 11 fantasy books, 10 sci-fi books, 4 contemporaries, and 4 historical fiction novels. Note that some books fall into multiple categories. I’m very satisfied with this. I read more diversely in terms of genre than I have in just about any time period I’ve recorded so far.

In terms of age groups 20 out of 27 were young adult and 7 out of 27 were adult. I read no middle grade novels. These statistics are a bit more disappointing, because I generally have a more even split and read a few middle grade novels. However, with how busy I’ve been this year, I can see how my reading habits might favor YA novels, which tend to be shorter than adult novels on average.

Should I make infographics like the one at the top of this post more often? What did you read in the first half of 2018? What are your thoughts on these statistics?

Today we explore books though fantasy tropes in this tag. I was tagged by Kelly @another book in the wall.

A book/series you lost interest in halfway through

I enjoyed the first three books in this series, but after that I don’t even know what happened because everything got way too wild. The characterization didn’t even seem consistent any more.

I read this in a time where I used to finish everything, so I read up what was then the last book. There is now an additional sequel that I have no interest in reading because the last couple books made me upset and not in a good way.

“The Knight in Shining Armor”

A hyped book/series you were swept up by

Arc of a Scythe (Scythe and Thunderhead)

Okay, this series isn’t that hyped, but it’s hyped enough that I feel like I can mention it. I love this series so much. This book is one of the most thought provoking YA novels I’ve read (though I think the author’s other series, The Unwind Dystology, may have this one beat). The world is just so captivating and the plot twists are so great that I just love this series.

I ultimately liked book two more than book one. For this reason, I featured the image of book two.

Read my review of book one here.

An author who amazes you with his/her writing

Laini Taylor’s prose is beautiful and poetic. I want to quote her whole books! But, that would be plagiarism, so I can’t do it. 😦

“The Maiden in Distress”

An undervalued character you wished had a bigger storyline 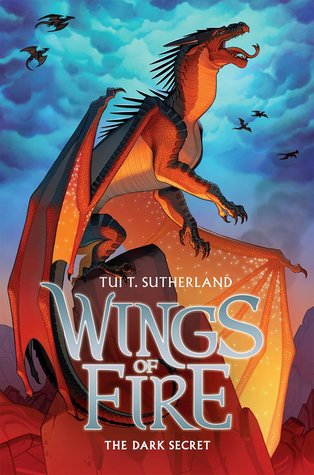 Wings of Fire is a middle grade series told from dragons’ point of views. While I think this was the right choice for the series, I’d love for Flower, one of the dragon’s human “pets”, to have a spin-off novel devoted to her. Her point of view must be so interesting.

Okay, so this applies more to certain authors who shall not be named than authors in general. In some stories, resurrection can be an effective plot device, but a lot of authors overuse it to the point of ridiculousness: I wonder if that character who has died twenty times will stay dead? Of course not!

A phrase you cannot help but roll your eyes at

“S/he released a breath she didn’t know s/he was holding.”

I see this everywhere. I’ve had to put a few books down because it’s so ridiculous.

A magical creature you wish you had as a pet

It would be awesome to have a moving chalk drawing (AKA Chalkling) as a pet. A nice Chalkling though; I don’t want to get eaten by chalk. Thank you very much. I’m not sure having one of these is possible due to the in-universe rules, but I don’t see that there is anything explicitly against it happening either.

A book/series you will always root for

The Stormlight Archives/ The Cosmere

Anyone who wants to do this tag should consider themselves tagged too!

Were any of my choices a surprise? Have you read any of these books? How would you answer these questions?

There are some really great books coming out this year, and I can’t wait to read them.

Thunderhead (Arc of a Scythe #2)

Already read this one and loved it. Shusterman is one of my favorite authors, so of course I wasn’t missing this book. Will say more soon in my wrap-up posts or a full review.

Check out my review of Scythe here.

I’ve already got a copy and can’t wait for a chance to read it. I’m a bit weary of there being so many first person point of views in one book, but I enjoyed Red Rising, the prequel series, enough to give it a try.

See my reviews of books one, two, and three of the prequel trilogy. 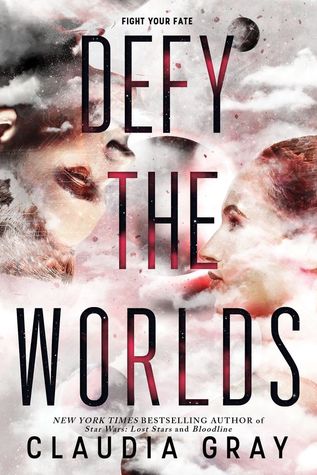 Just finished my reread of book one. It was still great the second time. I need to know what these characters do next!

Hate the cover change. But, as long as the book is good, I don’t care too much.

Check out my review of Defy the Stars here.

You thought you would get through this list without me mentioning one of Brandon Sanderson’s books? *laughs* Not happening.

I typically like Sanderson’s adult fantasy more than his YA, but I’ll still read anything he writes.

I’d never even heard of this book until after its release, but the number of positive reviews it’s received intrigues me.